From Stateside to Afghanistan and Back, the USO is Always By Their Side 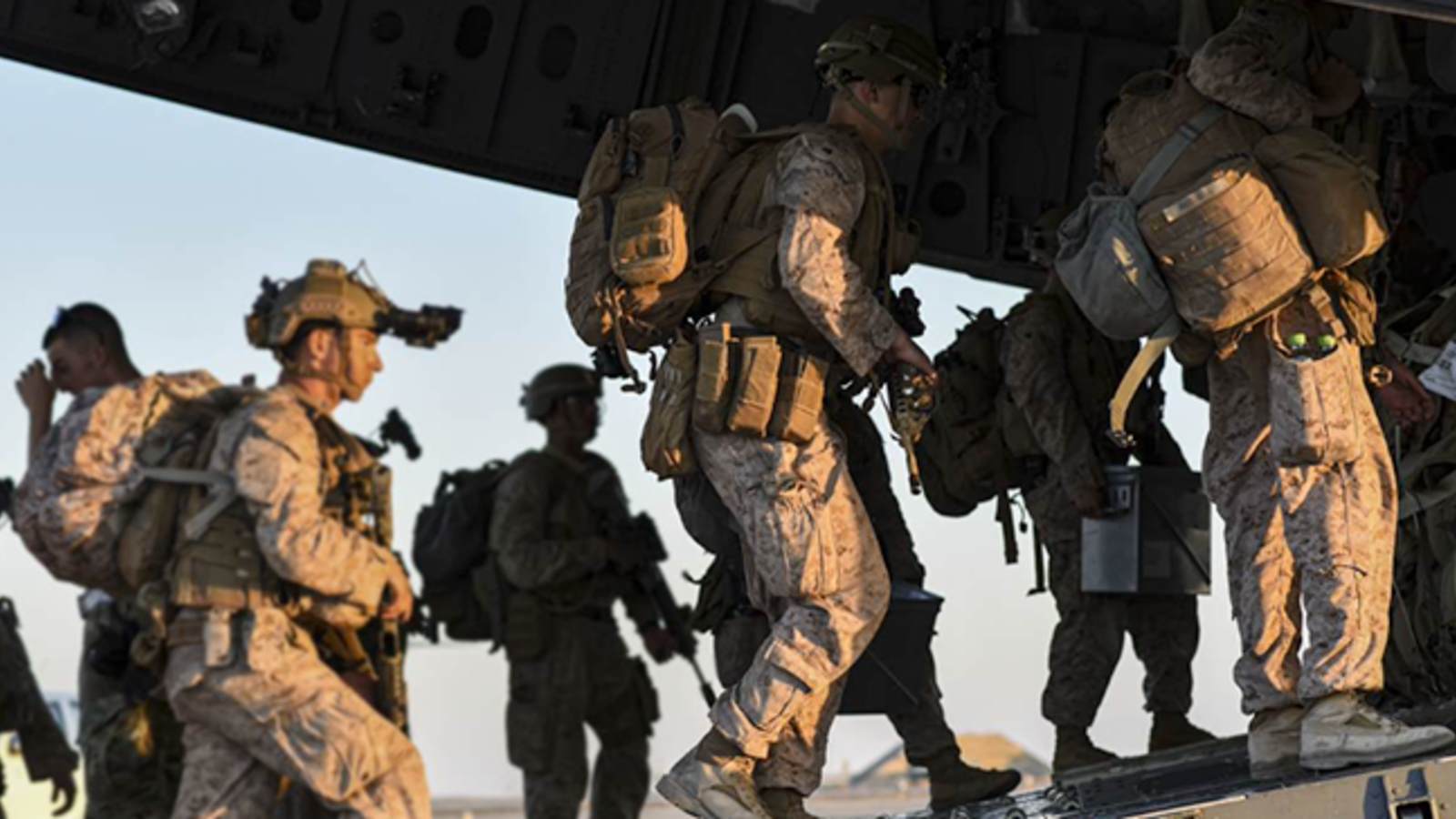 As the last few notes of “Taps,” echo through the air, you breathe a sigh of relief. Finally, after a long, hot day of training in the summer heat, the weekend is almost here; only a few more working hours stand between you and some time at home relaxing with your family and friends.

Just as you start to unwind from your day, you get the call that you’re prepared for, but don’t quite expect – you, and your entire unit, are deploying to Afghanistan for a critical mission.

You realize there’s almost no time to pack – let alone tell your spouse and kids more than a quick goodbye – as you run through mental checklists of all that needs to get done. Yet, you’ve trained long and hard to be able to handle situations like these and are ready to step up as part of the nation’s Armed Forces.

But that doesn’t make leaving home in a matter of hours any easier.

Deployments, even last-minute ones, are a well-known reality of military life. But for you, and the thousands of other U.S. service members headed to Afghanistan, this deployment stands out from the rest. You’re headed into an ever-changing, uncertain situation on the ground and the entire nation is transfixed by the unfolding events taking place where you are headed.

It’s a lot to process – but you’ve still got a job to do.

Eventually, you meet up with your unit and start prepping your equipment. The sky is turning a deep gold and orange as you spot a man wearing a navy polo shirt walking through the crowd of soldiers. He’s holding a big box filled with snacks and what – from a distance – you think are toiletry kits. Everyone around him is smiling as they reach into the box to grab a few items.

As he turns to walk in your direction, you get a better look at his shirt and see the red, white and blue logo you immediately recognize. The USO is here. Now, you’re smiling, too.

“Hey there soldier, are you interested in a snack or a hygiene kit before you head out?” says the man.

You walk up, say “sure, thank you,” and grab a pack out of the box, remembering that you don’t have a toothbrush or a razor in your rucksack. Even though you don’t need the items right now, you know you’ll appreciate this small bag of essentials later this week when you are downrange.

Just as you are turning away to head back to your unit, the man calls out to grab your attention.

“Keep an eye out for the USO during your travels,” he says, with a nod. “We’ll be there along the way.”

You nod back, too, knowing that he is probably right. The USO always seems to be there when you need them the most.

From Stateside to Afghanistan and Back, the USO is Always By Their Side

The military regularly trains for rapid deployments – just like any other operational skill – so it is ready to move at any given notice.

As the Force Behind the Forces®, the USO, too, is always prepared to support the military when they quickly mobilize for critical missions, thanks to continued support by our donors. Because of the nonprofit’s long and unique relationship with the military, USO staff and volunteers are able to support service members throughout their deployment journey – from the moment they get the call to leave to when they make it home from harm’s way.

On the Ground Before They Deploy

When service members from the nation’s Immediate Response Force (IRF) headed on a no-notice deployment to support evacuation operations in Afghanistan, USO staff and volunteers were some of the last faces they saw before heading overseas.

As they prepped their gear and waited, sometimes for hours in steamy summer weather, service members in the Southeast U.S. could lean on the USO for a last-minute bit of comfort.

In some locations, this looked like a USO tent or table stocked with a steady supply of snack packs, hygiene items, hot meals and cold drinks. At other areas, USO team members set up a cornhole area and handed out refreshments, essential care kits and entertainment items – like playing cards, puzzles and books – to help service members pass the time as they waited to head overseas.

“I don’t know what to say, but thank you,” said a soldier who was headed to Afghanistan with the IRF.

“Yes, I love the USO,” said another soldier.

Hardworking C-17 pilots and loadmasters – who have been traveling back and forth between the U.S. and Afghanistan – also received a boost from the USO in the form of USO Care Packages and other refreshments throughout their mission.

“We were honored to be there to support these soldiers as they waited – and in some cases waited and waited – to board aircraft,” said USO South Carolina Senior Operations and Programs Manager Katie Kennedy.

“The stories they shared and seeing their delight in receiving a warm greeting from our team and a pack of goodies made the long and humid days all worth it.”

En Route To and From Their Mission

Because of the generosity of donors and our dedicated volunteers, the USO is also able to support rapidly deploying service members long after they depart from their home location.

For many units headed to Afghanistan, the first stop en route to the country is somewhere in Europe, a region where the USO has maintained a continued presence since World War II. After sitting in a plane – crammed with their battle buddies for hours – these service members are eager to stretch, freshen up, refuel and relax after the first leg of their journey.

Due to the unpredictable nature of rapid deployments, like those currently happening to Afghanistan, service members often spend their downtime between travel legs sitting in military air terminals, waiting for their next flight. Sometimes, these stopovers only last for a few hours. Other times, they last overnight.

At many of these stopover locations in Europe and around the world, troops can head to USO centers in or near select military air terminals, which are specially designed with traveling or deploying service members in mind. Throughout Europe and Southwest Asia, service members rapidly headed to Afghanistan have been able to take advantage of these USO locations, which offer comfortable seating, free Wi-Fi, gaming and entertainment, refreshments, personal care items and so much more.

In these rapid deployment situations, a moment of relaxation in a reclining chair or a few minutes to reconnect with loved ones over reliable Wi-Fi can mean the world to hardworking service members.

“Everyone was very grateful we were open for them and expressed their appreciation for all that we did,” said a USO employee in Europe.

“They had been traveling for over five days and many of them commented the USO was the most comfortable, accommodating place they had spent since leaving home.”

At other stopover locations where service members can’t easily head to USO centers, team members have worked with commands to deliver requested items directly to temporary housing units or other holding locations. Staff and volunteers have served hundreds of warm meals, delivered countless hygiene kits and more – thanks to the generous donors that fund the USO.

It’s only because of dedicated supporters that the USO can maintain the flexibility needed to respond to rapid deployment situations as the Force Behind the Forces.

When their mission is complete and service members make their way back stateside, the USO will be there, ready to support them along their journey home. It’s simply what we do best at the USO – serve those who serve us all.