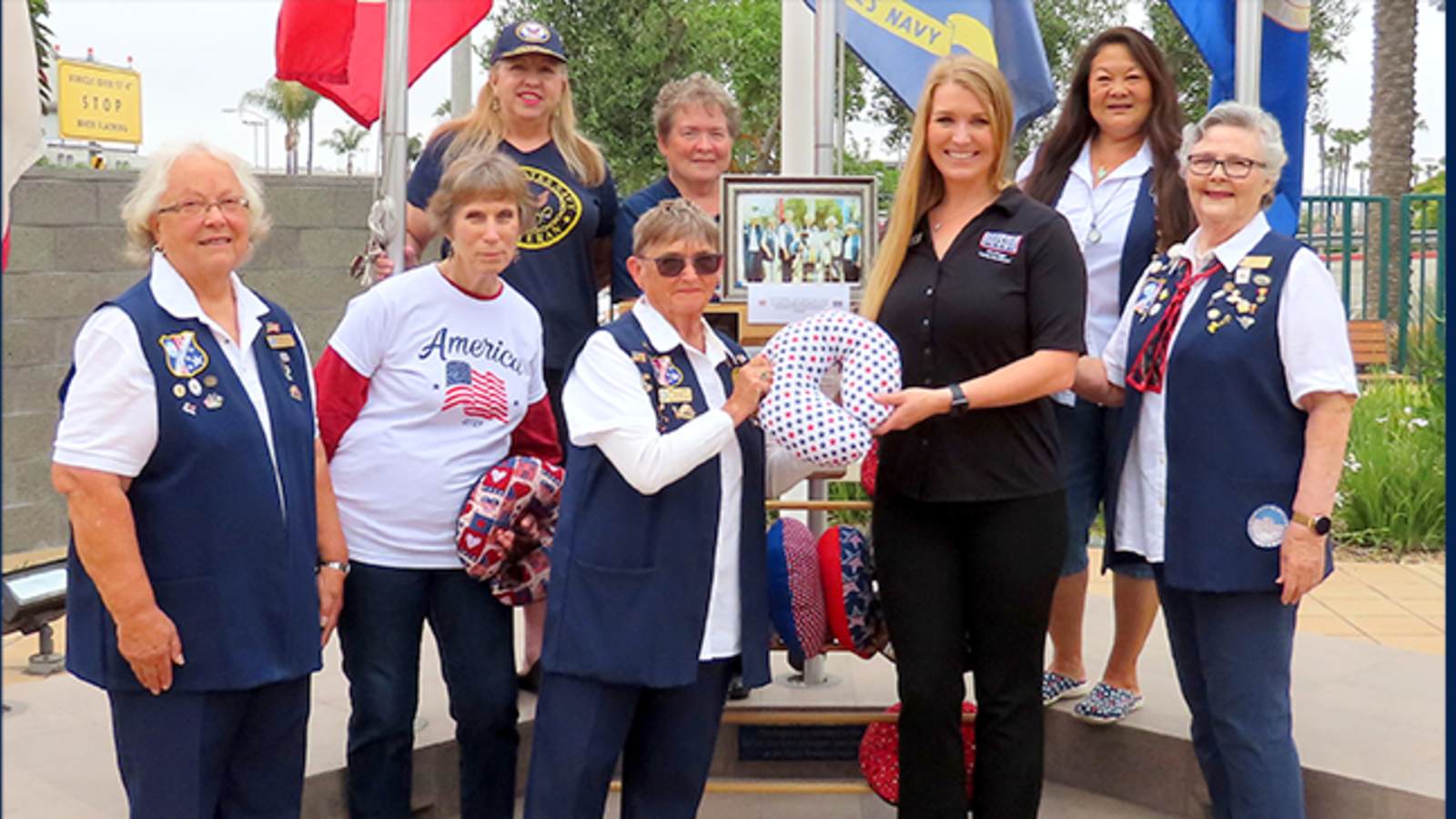 SAN DIEGO — The USO Neil Ash Airport Center hosted a reception Friday, June 18 for the Military Women Across The Nation (MWAN) to celebrate the delivery of the 10,000th handmade neck pillow delivered to traveling service members.

The pillow was presented to a traveling Air Force family during the ceremony and USO San Diego presented a. certificate of appreciation and challenge coin to MWAN, followed by a celebration gathering. MWAN has been making pillows for USO San Diego since 2012.

Around 2008, a group of female veterans in Texas started making neck pillows for deploying military personnel. Each month, members cut, sew, label, stuff and stitch 20-25 pillows per week to be delivered to the USO at the San Diego airport.

MWAN originally began as Wave’s National, with veterans from the Navy, Marine Corps and Coast Guard, but later changed their name to Military Women Across the Nation, which includes female veterans from all branches of service.