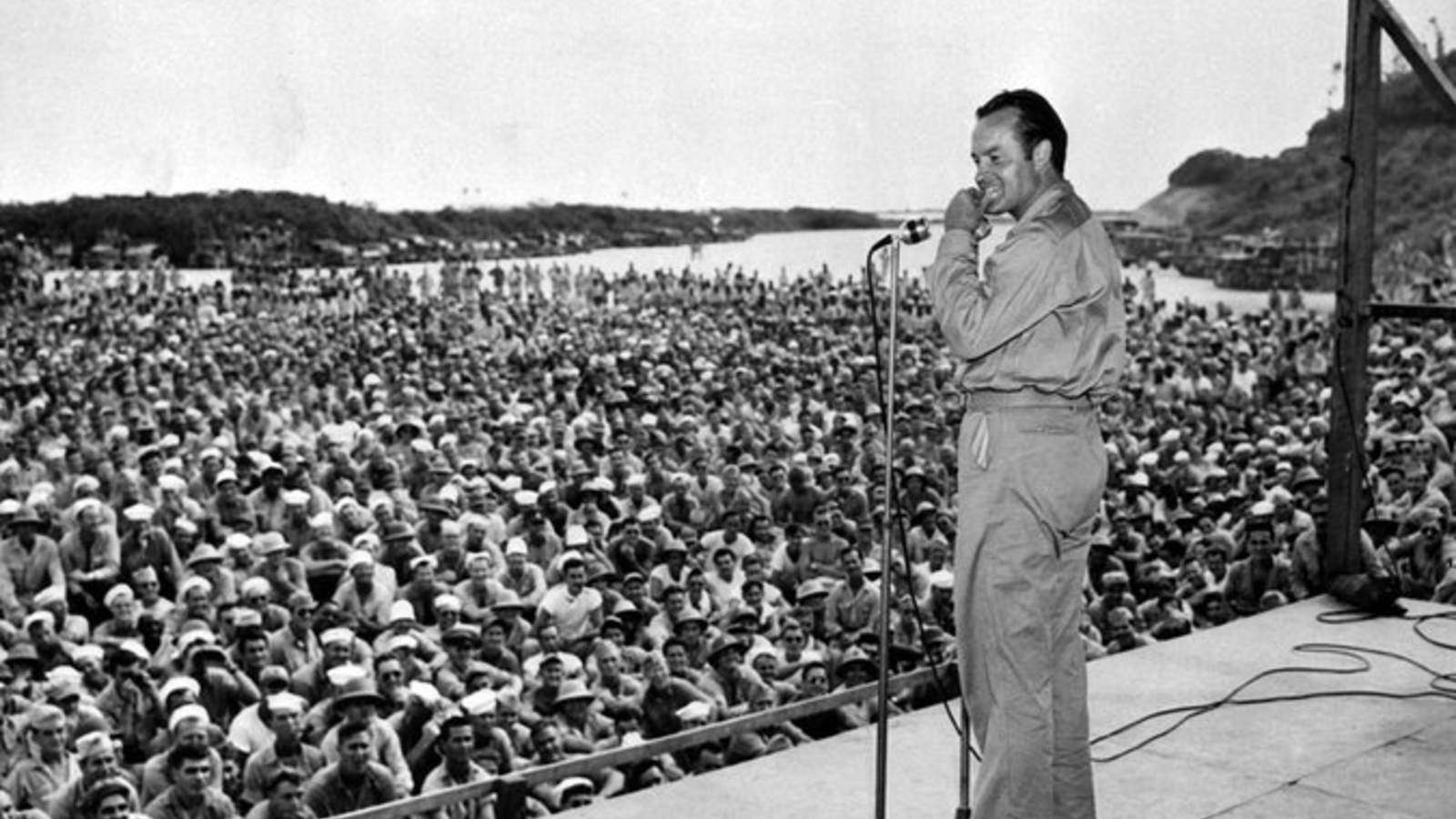 In early 1941, the United States was on the verge of war. With tensions mounting, and the military growing, there was no single service agency focused on supporting the troops.

President Franklin D. Roosevelt was concerned about the welfare and spirits of those headed for battle, and he appealed to the country to provide morale and recreational services to the troops. In response, six service agencies – YMCA, YWCA, Salvation Army, Jewish Welfare Board, Catholic Community Charities, and Travelers Aid Society – worked in partnership to create and support the launch of the United Service Organizations Inc. (USO).

This partnership, and the financial support from American citizens, was essential to the USO’s founding. It also set a precedent for partnerships and volunteerism, both of which have played a significant role in the history of the USO; and both remain critical to the success of the present and future USO.

For the first seven years of its existence, the USO opened 3,000 centers across the country, and became known as a home away from home. Hollywood was also enthusiastic to demonstrate their patriotism, and through the USO, they provided live entertainment to the troops called Camp Shows.

Between 1941 and 1947, the USO hosted over 400,000 Camp Shows with 7,000 volunteer entertainers that included Marilyn Monroe, Frank Sinatra, Humphrey Bogart, Fred Astaire, James Cagney, Jack Benny, and many more. The most notable celebrity to entertain the troops, Bob Hope, created a legacy unequaled.

Bob Hope devoted 48 Christmases overseas with American troops, and his connection to the USO resulted with him being one of the most beloved entertainers of all time. His contribution to the USO started in 1941 and ended in 1991 during Operation Desert Shield. In 1996, the U.S. Congress honored Bob Hope and declared him the first and only honorary veteran of the U.S. armed forces.

1950’s At the end of World War II, the USO disbanded, in part due to lack of funding. However, in 1950, when the United States entered the Korean War, Secretary of Defense George Marshall and the Secretary of the Navy Francis P. Matthews requested that the USO be restored “to provide support for the men and women of the armed forces with help of the American people”. War historian Paul Edwards noted that between 1952 and 1953, the USO provided services in Korea every day of the year –in 1952, the USO was serving 3.5 million troops using much the same methods of operation as they did during World War II. By the end of the Korean War in 1953, over 113,000 USO volunteers were working at 294 centers in the United States and abroad.

During the Vietnam War, 23 USO clubs opened in Vietnam and Thailand and served as many as one million troops each month with a home away from home support. The USO also operated centers at major United States airports that provided a variety of services and a place to sleep between flights. Most of the same services are offered today – snacks, gift shops, telephone calls, and hot showers – whatever is needed by our active personnel and their families.

When the draft ended in the 1970s, the need for the USO was questioned. The United Way of America and the Department of Defense visited military bases around the world to observe USO programs and services. Their findings were unanimous: “If there were no USO, another organization would have to be created….Isolation of the military from civilian influences is not, we believe at this time, in the interest of our nation.”

The USO launched into a new era of service, which included new programs and services to assist the military with effective transition into civilian life. Outreach programs were created worldwide, and additional USO centers were established at airports to assist with military travelers.

In 1987, the USO signed a new Memorandum of Understanding with the Department of Defense that states the USO is “the principal channel representing civilian concern for the United States armed forces worldwide.” USOs around the world have provided morale and support to active-duty military represented the United States in the Gulf War – Operation Desert Shield, and in Afghanistan and Iraq – Operations Enduring Freedom and Iraqi Freedom.

Currently, the USO has over 250 centers around the world that make active-duty military’s lives easier. There are over 30 airport centers, and the variety of needs met is far-reaching, from assistance with layovers, connections, and missing luggage, to troop movement and dignified transfers.