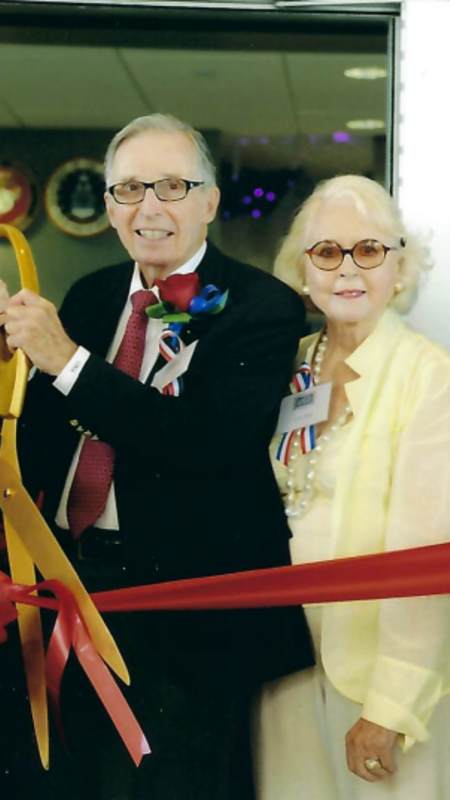 Neil Ash and wife June Barrymore Ash had always shared a deep love and appreciation for America’s military service members. Neil served in the Navy during WWII and was recalled to active duty for the Korean War, serving as a military lawyer until the war ended in 1953. Neil remained connected to the military and devoted his life to supporting the men and women serving in the armed forces.

In 2013, when Neil and June learned about the expansion needs of the USO center at the San Diego International Airport, which originally opened in 1990, their initiative and generosity led to the new and improved USO San Diego Neil Ash Airport Center. With 10,000 square feet indoor area and nearly just as big outdoor space, the center serves over 160,000 service members and their families annually. With the support of Neil and June throughout the years, the USO San Diego Neil Ash Airport Center has become a ‘home away from home’ for service members and their families traveling to and from San Diego County.

Bob Kurkjian, USO West President shared “A giant in the San Diego business and philanthropic community for decades, Neil and his lovely wife June have been consistent and doting benefactors of the USO, displaying a fierce and undeterred commitment to our troops and their families throughout the county. Neil’s memory will endure, of course, every time a guest walks into the USO San Diego Neil Ash Airport Center.” 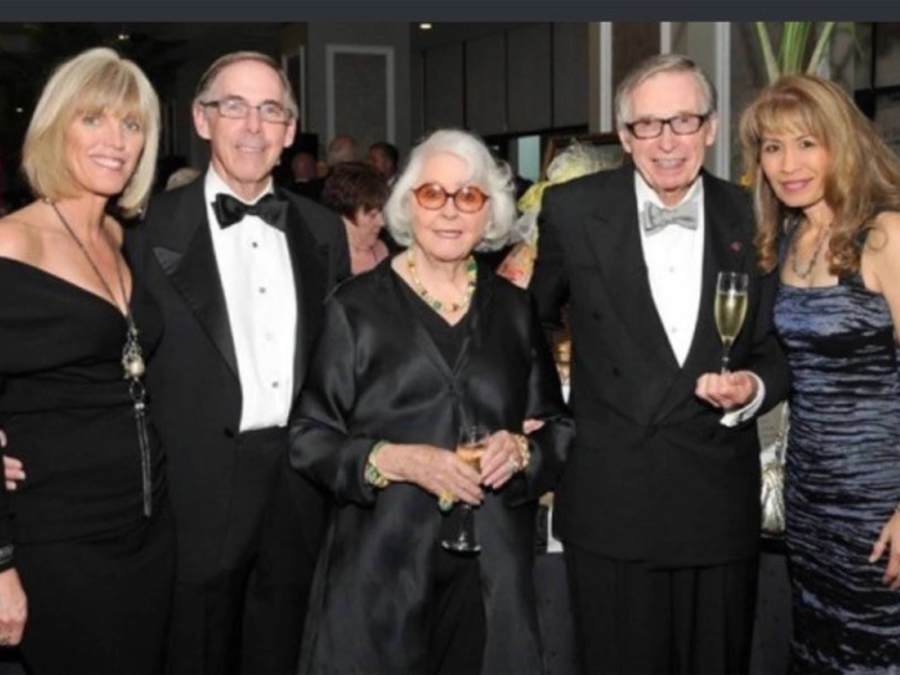 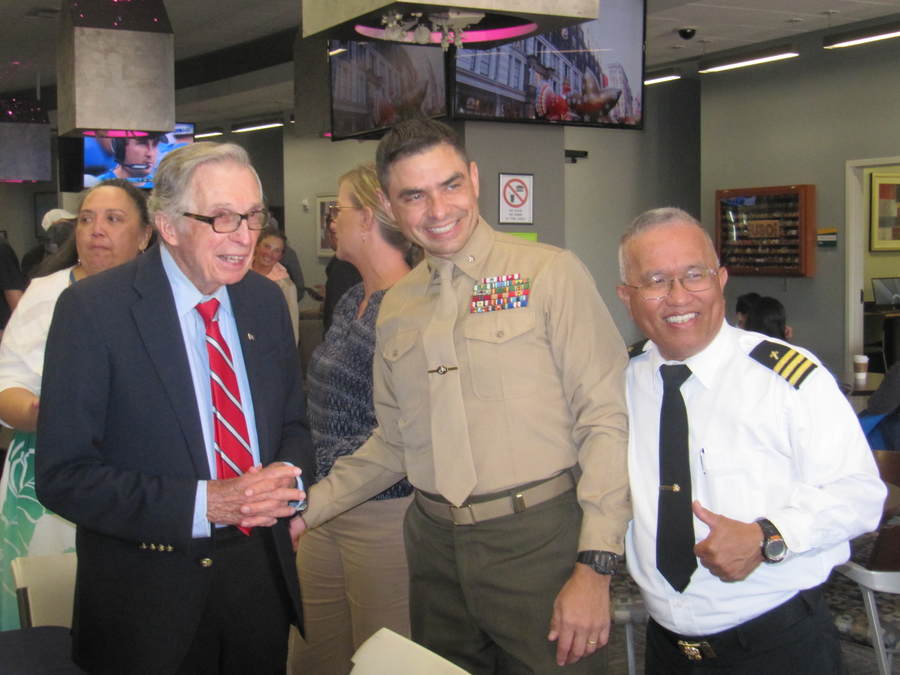 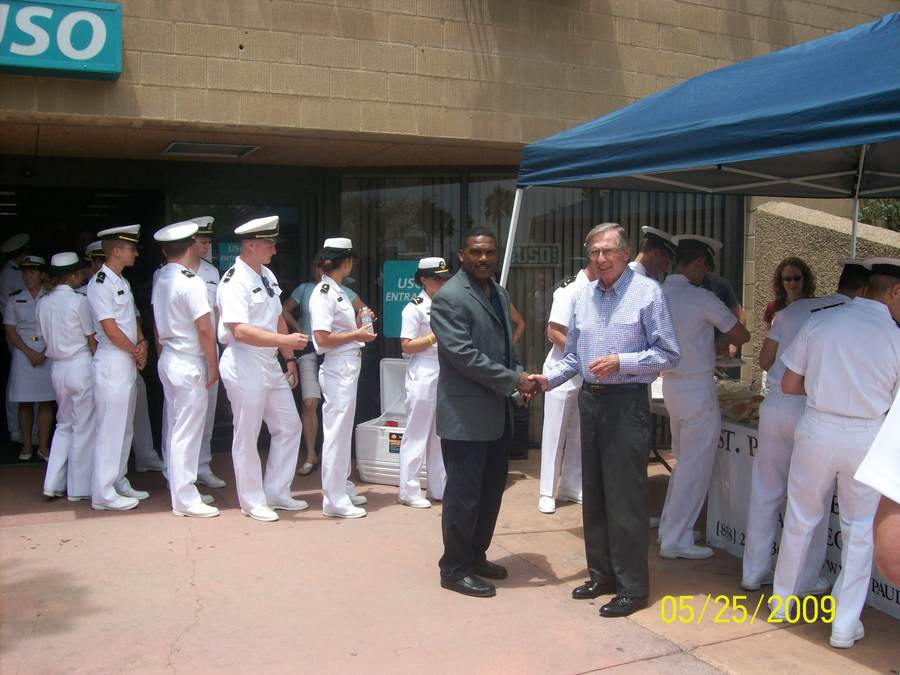 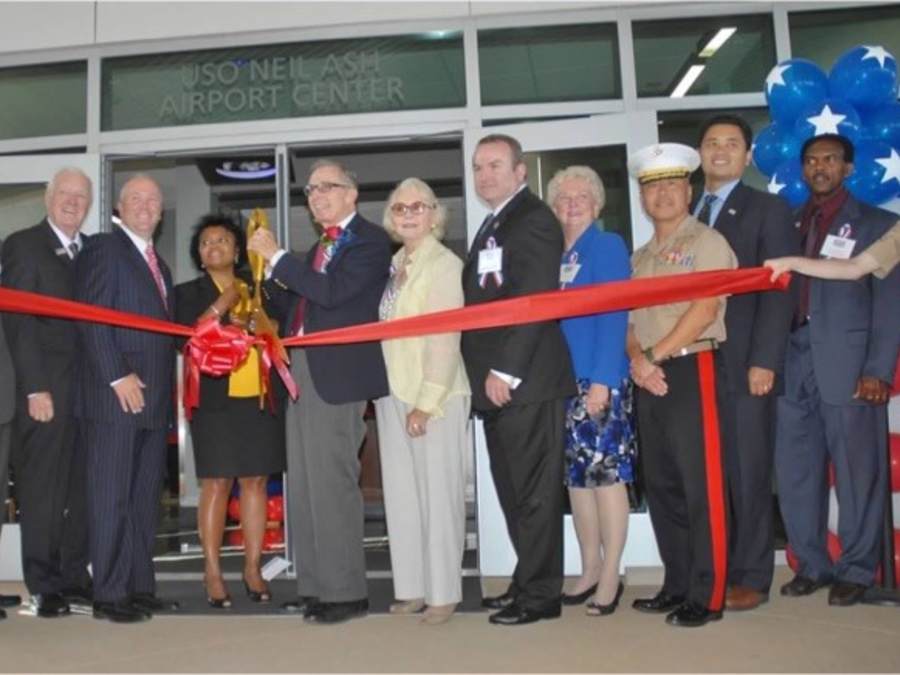